I am tired of reading recently written novels with trash in them. By trash I mean anything that offends, like violence, cursing and sex scenes. Today’s literature often carries all three to extremes. In the last few years I’ve been exposed to many types of literature and I’ve decided to back off and only read what makes me happy, so I’ve developed a new reading plan.

Here’s what I want to avoid.

1. Violence. I’ve managed to read some extraordinarily bloody gory violence during the past few years because I diversified my literature in an effort to complete the PopSugar Reading Challenge each year. However, I’ve had enough. I want novels that are not bloody and gory. I don’t need to read about evil people doing evil things, so violence is on the list of things in literature I want to avoid. Unfortunately all forms of violence are pretty difficult to get away from. We don’t know when we pick up a book what might be lurking within, however anything labeled horror would definitely be suspect. Suspense thrillers are also on my blacklist unless my two groups for clean reads recommend them.

2. Swearing. Cursing is a terrible habit. Yes, like most people, I’ve done it, but that’s pretty much in the past unless I hurt myself and then, who knows what might pop out? Yes, we all have our weaknesses. But to print profanity in the passages of a novel is a way of glorifying perverse speech. A lot of us find that intolerable. I’d like to weed out books that do this, and stop reading them entirely if at all possible.

3. Sex scenes. I don’t want any hot and heavy romances in my novels. There are other things I rather read about. Sexuality should be private. This is something that doesn’t belong in my literature. I do occasionally come across a novel that needs to tell the reader that intercourse happened – usually because a baby is going to be born – and if it is simply mentioned in a tasteful way and then skipped over that’s fine. If it is described in detail, I’ve just been told too much. I especially don’t like what I call superfluous sex in a novel. This is when a novelist inserts a sex scene just for the sake of having one. It doesn’t have anything to do with the plot. It doesn’t further the story in any way. It’s just there so the novelist can cross that off the list of what he or she thinks should be in a novel. How pathetic! I say no to superfluous sex scenes.

There’s a short list of books containing themes and scenes I did not like at the bottom of this page.

I’m totally over this trash in contemporary literature, so I’m backing off in a self-protective way. Unless a recently written novel is recommended by the Clean Reads group at Goodreads, or the Clean Reads Lounge at Facebook, I’m probably not going to read it. Why bother? I get tired of spending my money for literature that’s not worth my time and effort. Authors who write trash in one novel – I’ll never trust them enough to buy another book from them. It’s over.

So here’s my plan to keep my literature clean and emotionally healthy.

3. Read juvenile literature. I enjoy reading novels written for children. My ex-boyfriend thought that was awful but like I mentioned, he’s an EX and now I’ll go back to doing whatever makes me happy. I am a long-time Newbery completist wannabe and though I don’t like every Newbery list book I read, I do enjoy finding out which ones are better than the others, and reporting on it at my children’s literature website, Literature For Kids.

4. Read nonfiction. So long as I choose topics that interest me I can avoid the three bad issues of trash literature. They might turn up in memoirs, but I think those types of memoirs would be easy to avoid as well, now that I’m fully conscious of what I don’t want to read.

5. Read books written for Christians. I might be reading Christian fiction in the future, as well as the Christian nonfiction and memoirs I normally read. I think I’m ready to seek out the best in Christian fiction, and can compare them to other novels I’ve read to assess the quality.

6. Read the Bible. This should go without saying, really. Because I’m a Christian I’ve developed a habit of daily Bible reading in the morning, hopefully before I indulge in any other kind of reading. I like to read (at least) one psalm plus something from whatever other book in the Bible I’m reading.

It is time for me to limit the types of books I’m willing to read. I will make exceptions for contemporary fiction recommended by the Clean Reads groups I belong to.

No Exit … horrible gory scenes. Not good. Not good at all. Too much blood. Too much fear. I should also avoid fear in literature.
When We Believed in Mermaids … this book was supposed to be about a sister looking for her sister who she thought was dead – but the author threw in a man and a steamy hot romance and I DNF’ed the whole thing. I don’t like reading smut.
The Southern Book Club’s Guide to Slaying Vampires … ick, ick, triple ick. This was gory and disgusting, especially near the end.
The 100 Year Old Man Who Climbed Out the Window and Disappeared – lots of ridiculous violence. Bombs exploded, people were killed, and the main character was totally sociopathic about it. That was supposed to be funny.
Brooklyn, by Colm Toibin, an Irish author. This is a nice story about an Irish girl immigrating to the USA until we get to chapter six where there’s a disgusting graphically described sex scene. This is not the right literature for me.
The Island of Sea Women – there’s some really awful violence in this novel. Sorry I read it. There was also TMI (bathroom scenes) and I don’t want to read things like that.
All Quiet on the Western Front – violence alert! Yes, of course it is a war, but the violence graphically described here was too much for me. This also contains TMI scenes.

This site uses Akismet to reduce spam. Learn how your comment data is processed.

A recent video on my Booktube channel, at YouTube

Hi, I'm Linda, the Book Lady, and I'm excited about reading. A book is a gift you give yourself. It is so much fun to open that cover and discover what was hidden within. Books share the wisdom of the ages with us. Who wouldn't want that? So I read frequently and encourage reading. If you're a reader, let me know by becoming my friend on GoodReads.

My novel, River Girl, is about a girl living in the Klamath River Valley.

Here's a link to my prayer website:
Prayer Power.

I use Amazon affiliate links on this site and appreciate it very much when you purchase from my links.

This group is for anyone wanting to read California based fiction or nonfiction.

The World Rushed In: The California Gold Rush Experience
by J.S. Holliday

Hillinger’s California: Stories from All 58 Counties
by Charles Hillinger

View this group on Goodreads » 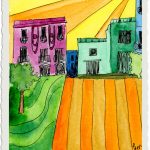 My Most Recent Book Reviews

My art is at Zazzle.com

I love Scrivener, and use it for all my writing. It is a fantastic writing software that organizes a novel, ebook, or screenplay efficiently while I write and revise.